Kindly Update your co-applicant details to complete the booking process 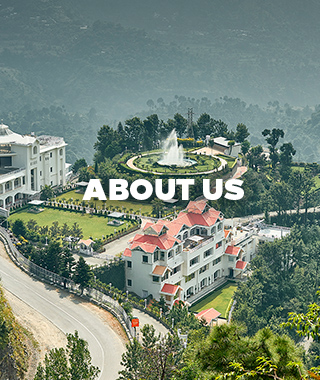 (Street Smart) MHRIL, Udaipur – On 11thJanuary 2016, the ESOP Team conducted a Road Safety Drive with the staff. It is important that before we start educating the community we educate our own staff and empower them to take on the mantle of training others. The team conducted quizzes and wrote slogans for safe driving.

(Swachh Bharat) MHRIL, Binsar – On 13th January 2016, the Esopians at Binsar conducted a cleaning drive. All the litter strewn by tourists and guests was collected and handed over to the concerned authorities for disposal. The team will also plant trees to curb landslides and soil erosion.

(Street Smart) MHRIL, Coorg – The Coorg Esopians conducted the Road Safety Drive for three days. Different initiatives were conducted to mark the day on 7th, 13th and 16th January 2016 for KSRTC employees at the KSRTC Depot in association with the Rotary Misty Hills, Traffic Police Department and KSRTC Department. More than 80 drivers availed the facility of free eye checkup. 54 ESOP Volunteers along with 40 community members participated in the Rally of four wheelers and two wheelers carrying placards to spread the message of safe driving to the community. The team also spend time with school children. A competition was held under the theme of the Road Safety “Time for Action” Environment and Safety competition.

(Street Smart) MHRIL, Kandaghat - 23 Esopians joined hands with the traffic police on 21st Jan 2016 to conduct a Road Safety Drive. The team distributed pamphlets with safety drive measures and traffic rules to disseminate information to the public to make our roads safe.

(Samantar) MHRIL, Ooty - On 26th January 2016, the Esop Team at Derby Ooty spent the day with the senior citizens at Little Sisters of the Poor, an international congregation of Roman Catholic women religious founded in 1839 by Saint Jeanne.

(Street Smart) MHRIL, Tungi – On 22nd January 2016, in liaison with INS Tungi team conducted a Road safety session for employees and guests at the Resort. Some of the villagers from the nearby Tungi too participated to share information with youth in the village.

(Gram Vikas) MHRIL, Coorg – On 6th February 2016, Esopians at Coorg liasioned with Kodagu Trust to support the Bee-Keepers of Surlabi Village. 60 villagers were provided with pots to initiate the Bee-Keeping enterprise to produce wild honey. The natives of Surlabi village primarily depend on honey, spices and vegetables grown on their land. Kala is a unique variety of honey harvested in mud pots and found only in this village. The objective of providing more pots to the villagers was to help them to increase the produce of honey and thereby improve the economy.

(Health Awareness) MHRIL, Naukuchiatal – On 4th February 2016, the ESOP Team at Naukuchiatal conducted a cancer awareness campaign for the employees and the community in the vicinity of the resort to create awareness amongst the people and educate them about prevention of this disease.

(Swachh Bharat) MHRIL, Puducherry - On 22nd February 2016, 33 Esopians got together to clean up the beach. The team regularly conducts cleanliness drives in this area and educates the tourists too to keep the environment clean. (Gyandeep) MHRIL, Kandaghat – On 23rd February 2016, the project of renovating the government school got completed. Government Middle School Schidra village is in close proximity of Club Mahindra, Kandaghat. The school imparts education to the children of 4 villages in the vicinity. There are 30 children in the school and 20 in the anganwadi. The renovation project involved fencing the school’s entrance area for children’s safety. School corridor was repaired and tiles were put.

(Swachh Bharat) MHRIL, Mahableshwar – From 20th January 2016 to 29th February 2016, Club Mahindra Mahableshwar conducted a Swachh Bharat Abhiyan initiative in the rural villages in the vicinity of the resort. As Mahableshwar Taluka has been declared as eco sensitive zone, we need to keep intact the integrity of the environment. The team joined hands with municipal council Mahableshwar to distribute 600 dustbins in the community and disseminate information on segregation of waste to the public.

(Hunar) MHRIL, Kumarakom – On 22nd February 2016, ESOP team at Kumarakom invited the facilitator from Agriculture University to conduct a training for the rural women from the community in the vicinity of the resort. This was to ensure the capital savings of female members through income generation from the sale of mushroom and vegetables to resorts and other markets. Another aim was to enhance organic vegetable cultivation and reduce the use of chemicals and poisonous pest controlling measures. Thus reduce diseases and promote organic farming.

(Swachh Bharat) MHRIL, Binsar - On 24th February 2016, Binsar ESOP team got together and collected all the plastic litter strewn on the road in the vicinity of both our resorts. The team has been continuously contributing and participating in the cleaning drives to make efforts to keep the environment clean.

(Hunar) MHRIL, Corbett - Skills development is particularly important to rural women who are more likely to be contributing family workers, subsistence farmers or home-based micro entrepreneurs in the informal sector, or performing low-paid, unskilled work as seasonal workers. MHRIL supported Harad Bathrad Swayam Sahayata Samooha by giving microfinance in FY 13-14 to start goat farming. In the second phase we are supporting their tailoring unit to equip women to learn the skill. 12 women from village Ringora will be participating in this project. The cheque was handed over by Cluster Head Prarit Aggarwal on 2nd February 2016.

(Gram Vikas) MHRIL, Kumbhalgarh - Poultry Farming Project for Pahadinath Self-help Group visualizes to facilitate the Harijan women from below poverty line strata to strengthen their income generating means. This would also help the women to harvest eggs to sell, plus will increase nutrition value of the meal amongst women and children. The project was proposed in the month of December, in liaison with Kautilya Sansthan. It came to fruition on 28th March 2016.

(Hunar) MHRIL, Cherai – On 2nd February 2016, the ESOP Team Launched Jute bag making initiative with a tailoring unit set up for the women engaged with Kudumbashree to self-sustain themselves. After providing adequate training they will be able to make jute bags for our resort and other hotels and in supermarkets nearby to add to their income and develop this initiative into a small scale business.

(Haryali) MHRIL, Baiguney - Club Mahindra Baiguney, observed World Forestry Day on 26th March 2016. The team planted 500 plants in the Piplay Secondary School premises and vicinity. Information and awareness about the global warming and its causes was also provided. More than 100 students, teachers and ESOP volunteers participated in this programme.